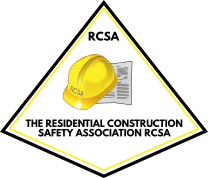 In the process of the research and development of the Genesis Safety System the inventor realized that the residential construction industry was missing a very important tool in workplace safety and it was in the understanding of the Internal Responsibility System (OHSA) and how it applies to them in their residential construction and renovation projects. A workplace safety manual with a focus on the homeowner, independent contractor and the self employed person (handyman) was needed. This would help clarify just what their duties and responsibilities are under the OHSA. That missing safety manual is titled; Protection in a Handbook, a Homeowner's Reference Guide. Written in plain language for your convenience it is now available as free digital book.

This safety manual is the result of years of consultations and research on the internal responsibility system (IRS or OHSA). These discussions involved but were not limited to provincial governments, Worker’s Compensation Boards, labour departments, The Insurance Bureau of Canada, construction safety associations and unions, the construction management bureau, and regular employers and workers. While this website will introduce you to the handbook and allow you to purchase it it also serves as a companion to the completion of the book. When read it helps individuals to take much better advantage of all the information within these web pages.

Another purpose of this website is to spread the word to the average homeowner that they are indeed at risk of significant liability if they are unaware of the safety regulations regarding residential construction. Former Premier of British Columbia Gordon Campbell probably wishes he had known about these laws in early 2011. This point is emphasized in our radio advertisement first aired during safety week 2013.

Just ask anyone who has suffered a serious workplace accident and they can explain to you what a loss of life means to them and how it has changed their life forever. Taking the time and effort to prepare and be safe is insignificant in comparison to becoming overwhelmed with both the physical and mental pain that is attached to the injury on a daily basis. Always keep in mind that the life you save could be your own. A lost life does not necessarily limit it self to the one who dies. It impacts the life of everyone involved directly and indirectly in ways that are not well understood.

Protection in a Handbook

In recent years legal burdens put upon Canadian homeowners to make sure everyone on their property is working in a safe way have drastically increased, usually to the point where most homeowners are unaware of their responsibilities. Hiring a contractor to work on your home makes you liable for violations of safety laws, laws that in all likeliness no one has told you about. To ask anyone to work on your property makes you subject to a myriad of safety regulations. Protection in a Handbook, (digital edition now available for free), will help educate the homeowner and construction worker alike on how to be more safe on a residential work-site and what to be aware of in terms of legal liabilities. Assuming that you know what you need to know does not compare to having real knowledge of prevention or loss associated with workplace safety.

Protection in a Handbook

Learn more about the handbook that will teach you about physical and legal safety when doing construction work on your home.

Should not contractors tell homeowners this information? Does the Government not make everyone aware of their responsibilities? Well, yes they should, but they choose not to keep you informed. Learn why the author of Protection in a Handbook thought the book needed to be written and watch the television appearance he made in order to bring attention to this subject. (It is important to note that this video only talks about the duties and responsibilities a homeowner has under the Occupational Health and Safety Act (OHSA). It does NOT discuss the additional duties and responsibilities that attach them selves to a homeowner when they take on the role as the prime or general contractor under the OHSA. That discussion can be found in the safety manual Protection in a Handbook.)

Whether you are interested in the Genesis Safety System or Protection in a Handbook, it would only be natural to want to know more about the person behind those creations. Learn more about workplace safety expert David Dahr and his journey.